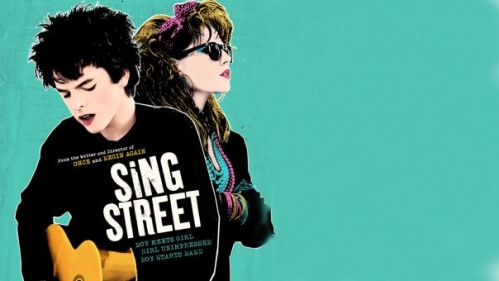 What It Is: As young Irish boy in the 1980’s Conor (Walsh-Peelo) is dealing with plenty of issues. As the Irish economy falls apart so does the marriage of Conor’s parents. With those issues, Conor is forced into a new school and an environment he’s unfamiliar with. As a coping mechanism, he creates a band called Sing Street with his classmates. As the band grows their sound Conor becomes infatuated with the mysterious Raphina. As he uses her for inspiration the music and relationships he’s crafting are each more beautiful than the next.

What We Think: File this under my favorite film of the year thus far. Not only is the story itself just gorgeous but the music is incredible. Much like Carney’s previous films Once and Begin Again, the emphasis is on the story and the music works to tell the story. Though the cast is very young they look to be ready to breakout particularly Walsh-Peelo and Boynton. Carney really just understands how to craft his stories in a way where we care deeply for the characters. His navigation of love is always an interesting one and here that theme continues. Boynton plays Raphina as a girl that seems isolated and hidden behind something. She’s a wall of hidden feelings and Conor seems to be the only girl who’s solved the riddle of this model.

Our Grade: A+, Of all the films I’ve seen this year I’d place Sing Street at the top of the list. Not only did I enjoy the music but the story kept me invested and I cannot wait to see what John Carney does next. With its young cast, it’ll be interesting to see what they do in the following months and years. See this movie as quickly as you can. It is truly so very good!